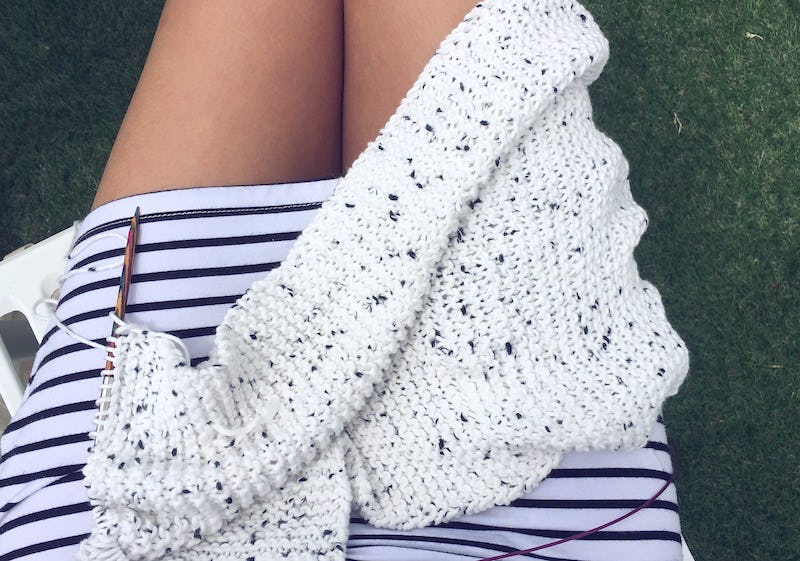 Raise Your Needles: In Defence of Public Knitting

At the beginning of each semester Vladimir Nabokov would ban his students from talking, smoking and knitting in class.

Nabokov’s quote captures one of the main complaints against knitting in public: that it’s rude to do so when others are around, whether it’s because the assumption is that the knitter isn’t paying attention, that it implies boredom, or that it’s distracting to others.