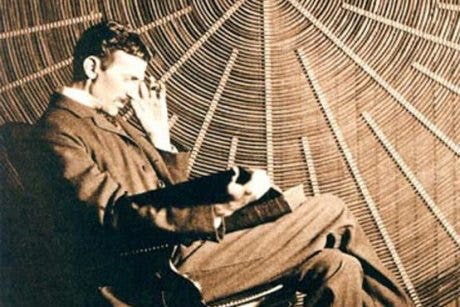 We’ll flip from silence to its other, now, because you’ll probably never hear a biography that sounds anything like this one. Inventor Nikola Tesla’s life, and his inner world, are broached through a kitschy Australian TV quiz show, sketchy reenactments, monologues and readings that are constantly interrupting each other. It’s a simple but effective tactic that, like songs which fade out slowly, gesture toward omissions and excesses – the remainders of a story that exist beyond the bounds of the allotted time.